Yunus & Youth Fellow Laís Higashi is a 26-year-old Brazilian raised in a family of strong Japanese women. After World War II, many Japanese children had lost their parents, and Laís’ great-grandmother felt the urge to act, converting part of her soy sauce factory in Hokkaido into an orphanage. Laís’ grandparents learned the powerful values of this culture, and, after emigrating to Brazil, raised their children, teaching them about respect, solidarity, honesty, and courage.

The Japanese have a strong entrepreneurial culture and look for business opportunities wherever they might be. From a very young age, inspired by the great role models in her family, Laís knew she wanted to be an entrepreneur and make the world a better place. While in High School, she joined the Junior Achievement Program and spent six months working day and night to develop a lamp out of a plastic bottle and aluminum can, it was a great learning experience for her and helped her decide to study Business Administration.

After a Summer Internship at both the Yunus Centre and the Grameen Bank in Bangladesh, she became even more passionate about the concept of social businesses, knowing that she didn’t have to choose between supporting herself financially and changing the world. She could have both.

In 2015, Laís went to Rio de Janeiro and met Vitor Belota, the founder of Litro de Luz Brasil, an international organization operating in more than 20 countries and bringing light to residents of local communities who do not have access to electricity, or who live without electricity in their homes. Their lights use simple, ecological, and sustainable technology, and consist of plastic bottles, solar panels, and LED lamps.

In Brazil, about 600,000 families still live without energy, mostly in rural and isolated areas. In 2002, the Brazilian mechanic Alfredo Moser created a simple lamp made out of a plastic bottle, water, and bleach, a lamp that could illuminate internal spaces during the day. Ten years later, Filipino Illac Diaz, founder of My Shelter Foundation, saw in Moser’s solution the opportunity to help low-income families in his country, creating the “Liter of Light” project. Since then, the model has already been applied in several countries around the world, such as Kenya, Colombia, Honduras, and, of course, Brazil.

According to The World Bank, despite all the scientific advances of mankind, 1.06 billion people still do not have access to electricity, and 3.04 billion people still rely on solid fuels and kerosene for cooking and heating. The consequences of these problems are many, among them the impossibility of studying at night, difficulty accessing information, food wastage due to lack of refrigerators, and insecurity. Access to electricity is essential to break the vicious circle of poverty and to ensure acceptable basic living standards. It plays a catalytic role in addressing the challenges of job creation, human development, gender equality, security, and shared prosperity.

Laís became a highly-involved volunteer with Litro de Luz after going to Rio to participate in an action for the first time. She then decided to bring the organization to São Paulo, the city where she lives. She managed to crowdfund 10,000 Brazilian reais to fund the first project and consolidated a partnership with the NGO Techo, to help her identify the communities in most need in the area. 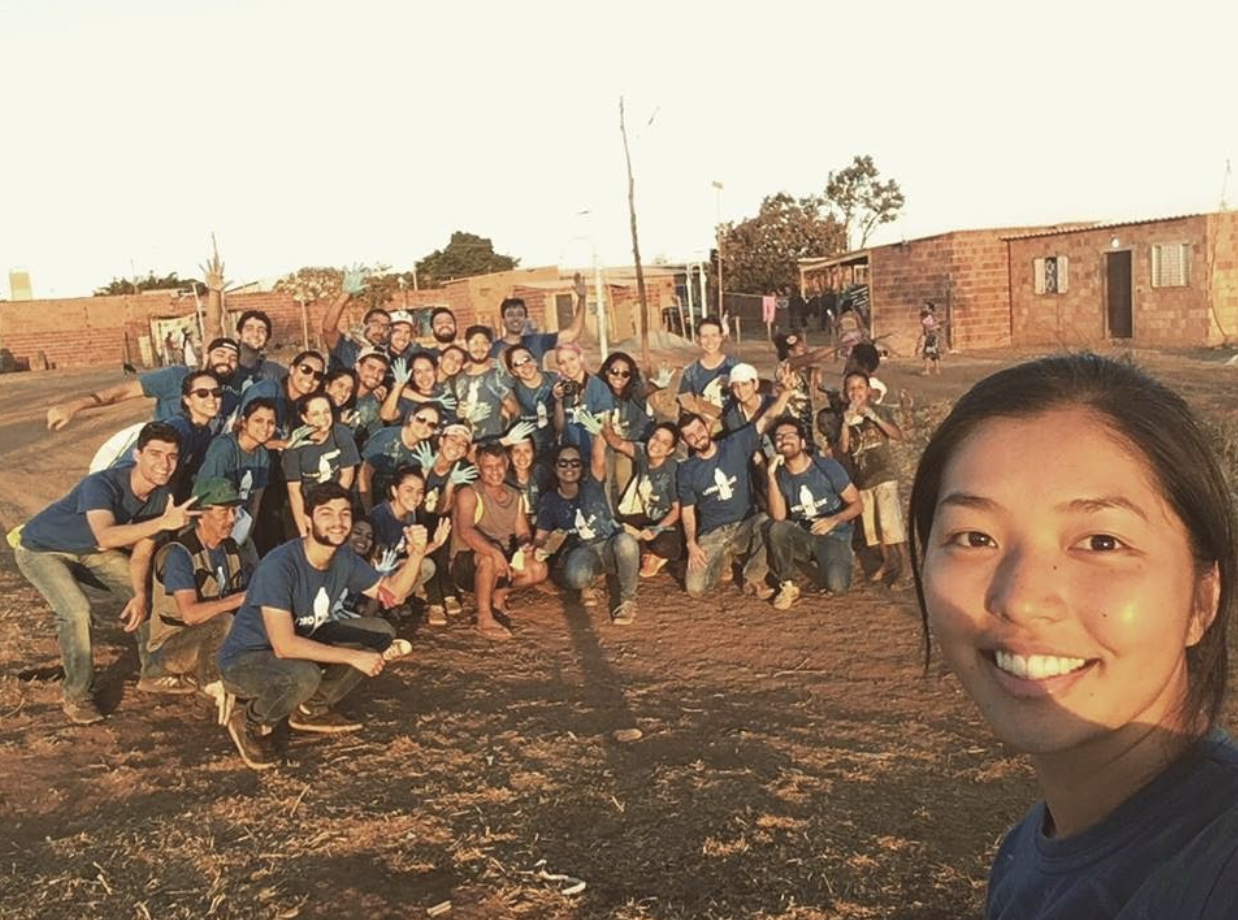 Vitor invited her to take his place as president at Litro de Luz Brasil when she was in her last year of college.

“I have chosen Laís because I realized she doesn’t see social impact only as a hobby. She sees it as a job,” Vitor explains. “At the same time she has strong management skills and an objective vision, she doesn’t lose the human and gentle approach to the project. It is very rare to find someone like her.”

At that time she had plans to work for a big international consulting firm and get her MBA abroad. She thought that to become an entrepreneur she first needed more knowledge and experience, as well as more savings. However, after a lot of reflection, she bravely decided that her time was now! In February 2016, she decided to learn-by-doing and became the leader of the organization, managing more than 200 volunteers in 6 different cities in Brazil. Litro de Luz is present in the five regions of Brazil and has already directly impacted more than 16,000 people.

“I’ve realized that there is not a perfect time or a perfect path to becoming a social entrepreneur. If you want to make a difference in the world, the first step is to stop thinking and start doing”, says Laís.