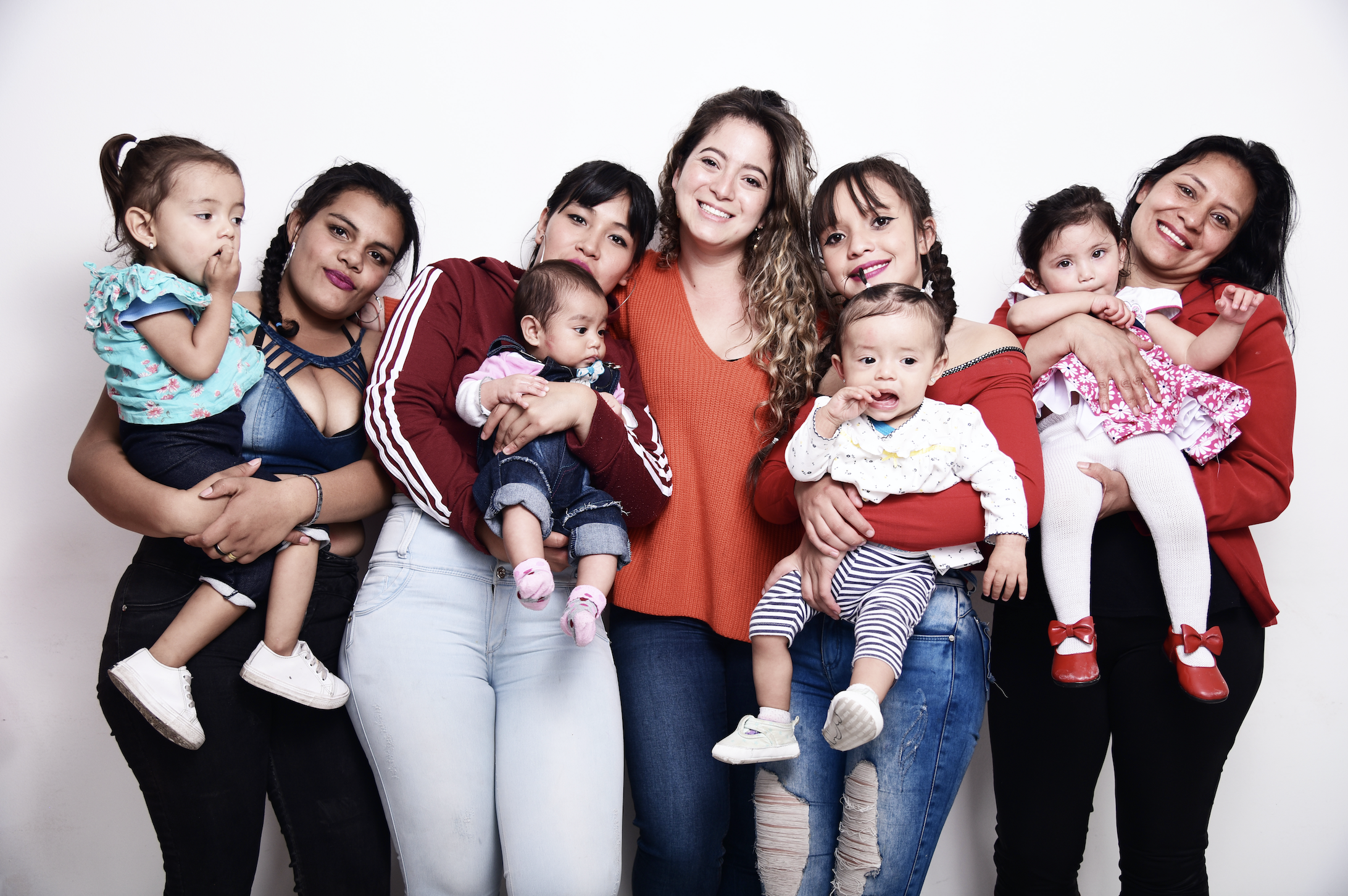 Maria’s journey with her social business began when she was 17. At this young age she became pregnant with her son. Although it came as a shock, she knew she was in a position where she could carry on studying, working, traveling, leading a normal life – she had support from her family and her boyfriend, who has since become her husband. She was acutely aware of her privilege, and very aware that for many Colombian women their life effectively ends when they become young mothers.

With this awareness, she set up Fundación Soy Oportunidad four years ago. By then she had her law degree behind her, and she wanted to create a support system for young mothers. The foundation started as a donation service, where she and her team (which includes her husband) would initially donate cribs, and later other essentials, to the mothers who needed it. Maria realised though, that this was a very short-term, unsustainable solution. There will always be need, and a donation is a brief moment of relief for the mother.

Everything Maria does is for her son, who is now 11 years old. Changing tack to longer-term solutions as opposed to short-term donation-basis work was partly inspired by her wanting to offer the same opportunity to other women – who she affectionately calls ‘her mothers’. She started with a sewing programme, where she got together a group of five mothers, and won a contract for them to work for a local company. Unfortunately, this didn’t turn into the success story she wanted. The mothers struggled with the commitment; they were not trained and so both the time and the technique were lacking. For Maria this was an important learning curve – that training is the first and most important thing that needs to happen before her mothers can enter the workforce.

The foundation was ready to launch with an in-person entrepreneurship programme for mothers in March this year. The pandemic meant that this had to be moved online, which Maria found extremely disappointing. But she also learned that while the in-person programme would have allowed her to get to know her mothers more closely, she managed to assemble an incredible team of volunteers that have become mentors in the programme – they are lawyers, psychologists, doctors, all of whom were ready to provide training to the mothers in the virtual sessions. She has learned that her focus on the personal, while being much more in-depth, prevented her from expanding the project. By connecting online, also via messaging services, she can still be in close contact with her participants, but it allows much more flexibility for everyone. And those who are committed will also be committed virtually.

In general, she is a fan of the new work-from-home model, and she thinks the one positive thing brought about by the pandemic could be the expansion of opportunities for those in situations that mean they cannot leave the house to go to work every day, because they have children to look after and cannot afford child-care. People like her mothers. She is looking positively at what the future holds, and this thought has prompted her to think about expanding the programme around Colombia, beyond Bogotá where she has been working so far.

Maria admits that she tried to become a part of Yunus & Youth twice, before finally succeeding the third time around. She is extremely grateful for what the programme is offering her – from the wonderful advice of her mentors, the lessons and trainings of the Social Impact Measurement Tool (which she is taking her time to fully process and adopt to her own social business), to the wonderful network of Fellows. She loves it, and knows it will be transformative for her work – and now knows it was worth the wait.