Kasha Slavner: On a mission to catalyse negative news headlines into a force for good 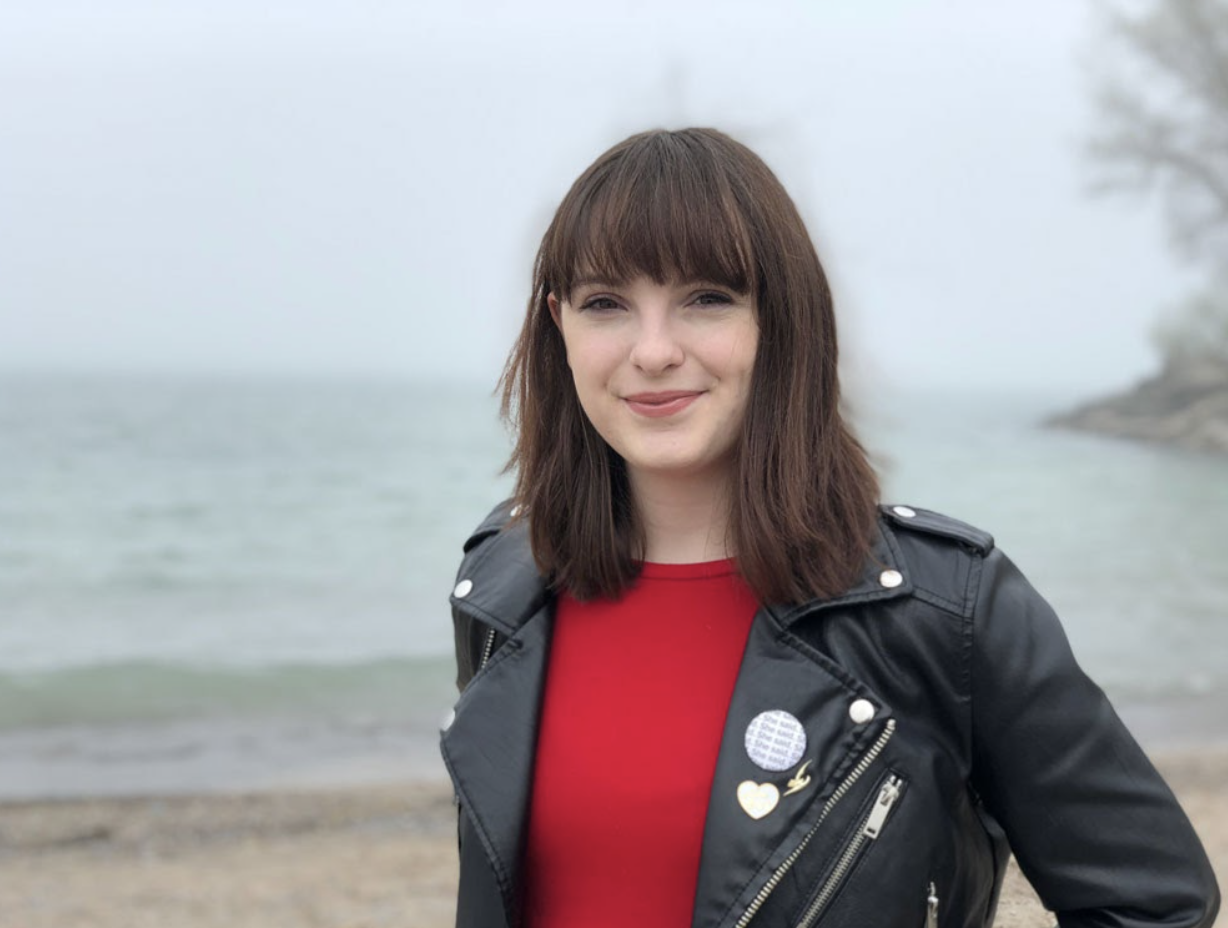 Written by: Caroline do Carmo

Y&Y Fellow Kasha Sequoia Slavner is a 22-year-old filmmaker and social entrepreneur who grew up in Toronto, Canada in a single-parent household. Kasha’s socially concerned mother Marla inspired her to develop a passion for creating positive change from a very young age. At 8 years old, Kasha started accompanying her mother to local social justice circles where she listened to the wisdom of elders discuss important issues ranging from the environment, homelessness, gender equality, anti-racism, global peace and more.

After attending a peace and leadership summer camp hosted by the Canadian Voice of Women for Peace, at 14, Kasha had the unique opportunity to attend the United Nations Commission on the Status of Women, where she met women representing different organizations from all around the world.

Invigorated by this experience, at 16, Kasha felt an urge to use her passion for visual storytelling to travel the world. For her, the mainstream media wasn’t highlighting the many positive solutions being found to the world’s toughest issues. She wanted to document inspiring stories of people making a change in their own communities to show the world change is possible no matter where you come from. 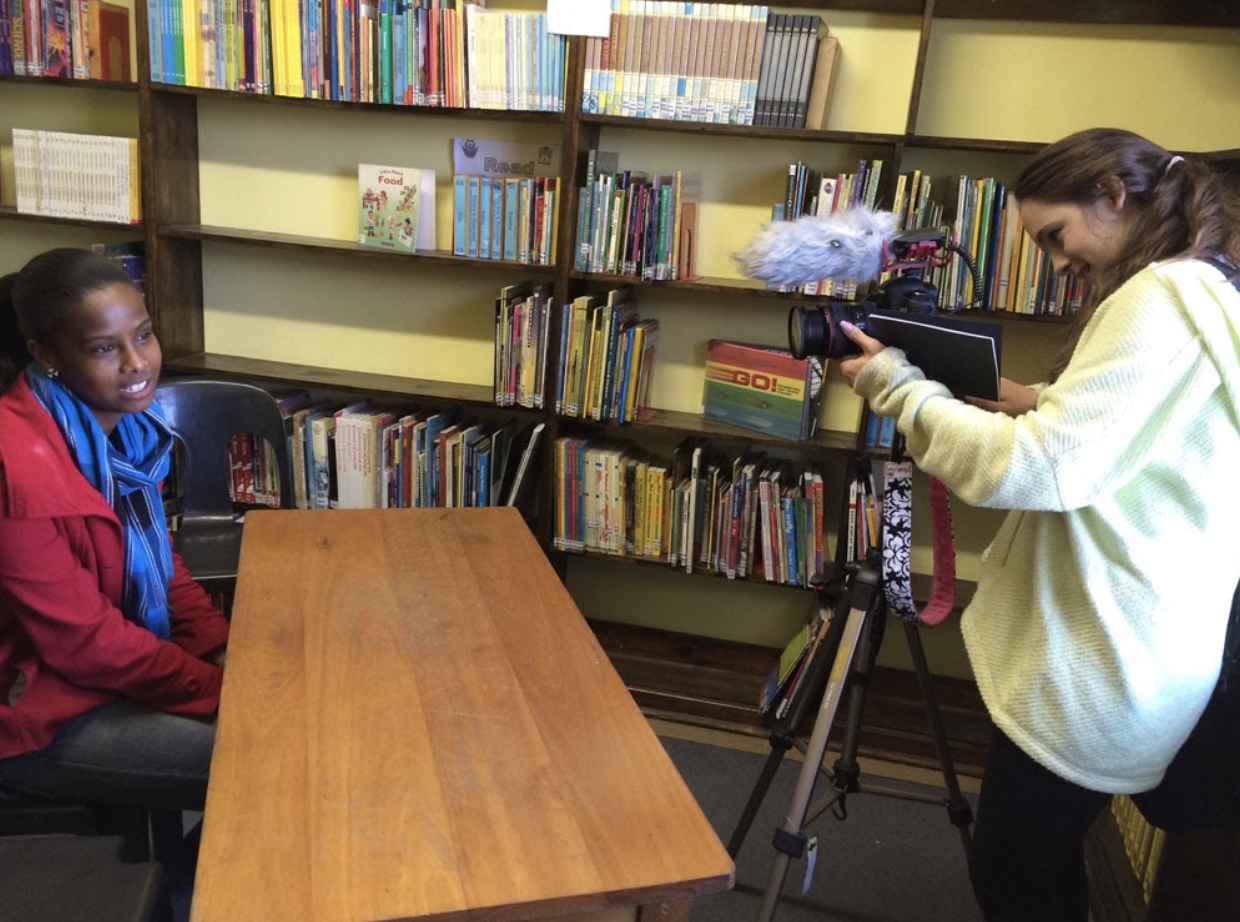 After successfully crowdfunding enough to cover her expenses for six months, Kasha started a low-cost trip around the world with her mother and interviewed over 30 people working for social change in countries such as South Africa, Mozambique, Tanzania, Thailand, and China and narrowed the content down to seven impactful stories portrayed in her first multi-award winning documentary movie, The Sunrise Storyteller.

Now, Kasha is onto a new challenge!

Her next feature documentary will be called “1.5 Degrees of Peace”. The film is an urgent yet uplifting call to action about the current looming existential threats facing our planet’s survival.  It’s a bold vision to inspire, galvanize and rebuild an intersectional and inclusive global peace movement parallel to and dovetailed with the climate movement that will help us reach our climate targets by 2030.

It will follow its director and narrator, Kasha, a camera-shy young filmmaker and socially-anxious peace and climate advocate. Like many of her fellow Gen-Z’s, she is empathetic, deeply concerned and frightened about the future, feeling the enormous weight of responsibility and urgency to help change the world. This catalyzes her to embark on a quest to discover the intrinsic link between the peace and climate movements. She seeks to illustrate how truly interdependent these issues are as the two biggest existential threats of our time. She travels in search of young changemakers like herself, who are working within these movements and their communities to create positive, sustainable solutions, while exploring the very real question of whether or not there’s any reason to hold onto hope.

Kasha also seeks the advice of more seasoned peace activists and elders to bridge the gaps between generations, forge alliances and learn from one-another, while drawing parallels between climate movements of today, and the once large and lively peace and disarmament movements of the 60’s and 70’s.

To align her mission, Kasha is working with The Redford Center as her fiscal sponsor for the film.

Also, joining Kasha and her team as Executive Producer  is Liz Marshall, the award-winning Canadian filmmaker, of LizMars Films.  According to Liz: “We need to listen to Generation Z and take responsibility for the great burden they have inherited. As a young woman of courage and vision, Kasha Sequoia Slavner is another powerful voice for her generation. I believe in Kasha to tell this urgent story 1.5 DEGREES OF PEACE; a wake up call for humanity to take action now.”