What if you could be a superhero in a child’s life? 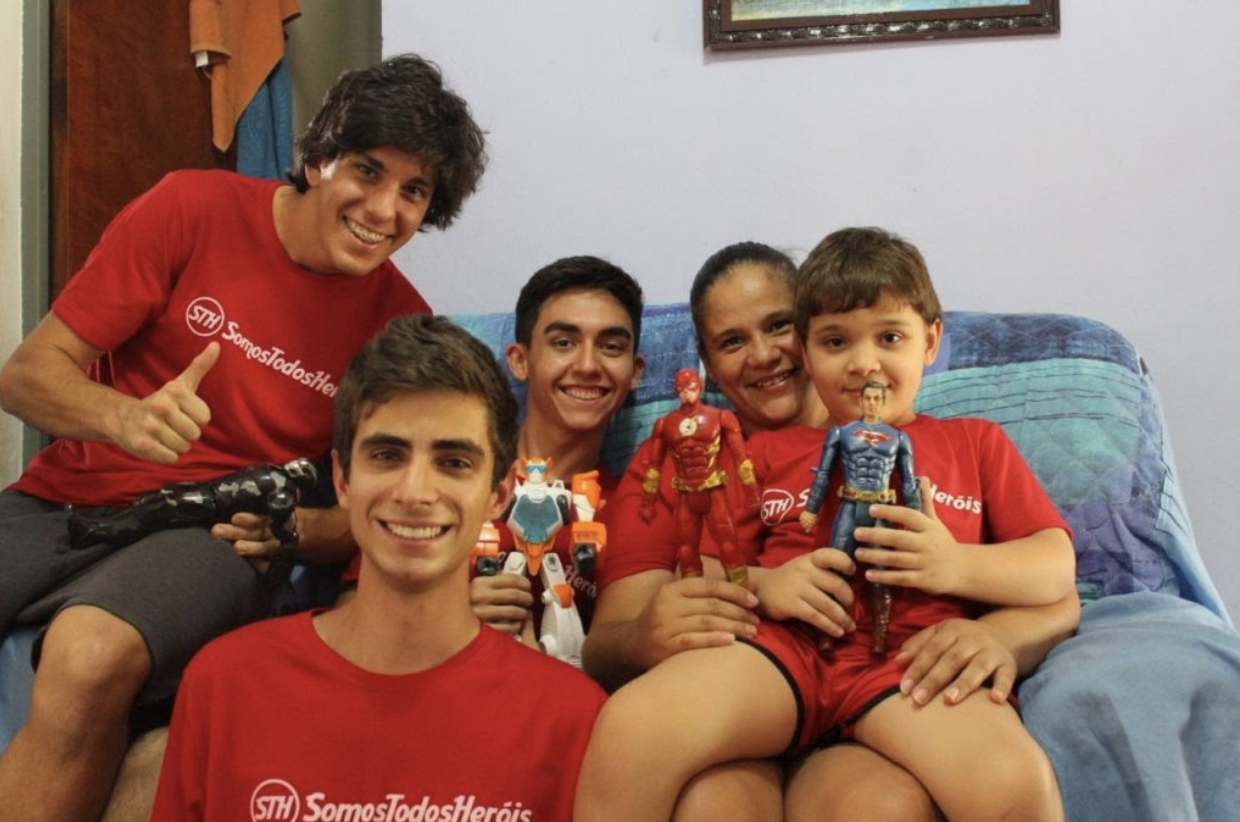 This is the story of a very curious boy who loved exploring and learning new things. At age 10 he learned how to code and hacked into his school’s computers. When the principal called his parents into his office for a very serious conversation, his father wondered “Wait a second, my 10-year-old son broke down your entire computer system? You probably need a better security arrangement!” All jokes aside, he spent the following years thinking of how to put all of his talent and curiosity to good use.

Yunus&Youth Fellow Igor Marinelli is a 21-year-old Computer Engineering undergraduate student at the University of São Paulo in São Carlos, Brazil. In January 2016, he was walking along a very busy avenue and saw a father holding a sign asking for donations to help pay for his son’s surgery. That scene hit Igor very hard because a few years back his family had gone through a very difficult time when they found out his mother had degenerative disc disease, a condition that had already affected her spine, and that caused two herniated discs that needed surgery. The family struggled to make sure she got the treatment she needed, despite the fact that they had access to private health care and did not need to rely on the poor Brazilian public health care system.

Enrique, the 7-year-old boy with brain paralysis that required a 30,000 Brazilian reais surgery was the child that inspired the formation of Somos Todos Heróis (We Are All Heroes). Igor wanted to help the child he met on the streets of São Carlos in any way he could, so he decided to join the boy’s fundraising campaign. “We sought money at the street light in the middle of traffic, local events, local garage sales, we did pretty much everything to get enough money for Enrique’s treatment. But then I realized, we were actually doing a crowdfunding campaign offline,” says Igor. After successfully helping Enrique, Igor knew he wanted to help even more children going through the same situation. 100 thousand Brazilian children are waiting in line for critical surgeries and it can take them more than three years to get the treatment they need in the public healthcare system.

In July 2016, Igor founded Somos Todos Heróis, a digital NGO that uses gamification to transform the lives of children who need medical treatment and surgeries. They unite people like you to create a network of heroes who are willing to make a difference in a child’s life, encouraging the culture of giving and rescuing the heroism that resides in each of us. The platform’s superhero theme refers to many of our childhood memories and, at the same time, turns the act of helping into a fun and meaningful action.

With a team of 24 people and two years of activity, including psychologists and social workers, Somos Todos Heróis has helped 16 children complete crowdfunding campaigns, reducing their waiting time for treatment from three years to around three months. Their vision for the future is to be able to successfully help 168 children by the beginning of 2020.

Eduardo was diagnosed with autism at age two and also suffered from different grades of Tourette’s syndrome and seizures. With R$3,156.00 collected in May 2018, six months of speech therapy follow-up and other treatments were paid.

Somos Todos Heróis has also helped children like Carlos, a boy born with Congenital Tortoid Foot who needed four surgeries that came to 40,000 Brazilian Reais. The organization was able to manage a partnership with a renowned hospital in Ribeirão Preto, which made it possible for him to get the treatment he needed in July 2017.

Most campaigns of Somos Todos Heróis get half of their contributions from the parents’ network, and the other half from the website’s monthly donors. All the donated money goes directly to the treatment that the child needs, straight to the doctor, hospital, or health care provider, and is not deposited into the account of the child’s parents.

“It’s rewarding to see our work really changing not only the child’s life but the whole family structure. We do not just deliver medical treatments in our missions; we deliver dreams and a new future ahead. The real-world needs superheroes like us, like YOU!”, says Igor.