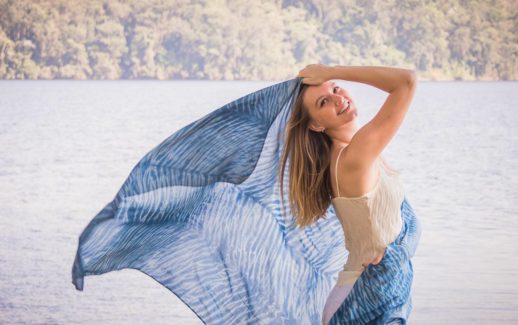 Renata came up with Utopiar after discovering the number of women who face violence in Brazil. “It all came to me as a big surprise. I was horrified,” she explained. Every day 13 women are killed in Brazil and in 80% of the cases, the attacker is someone within the family. The World Health Organization ranks Brazil as one of the countries that kill the most women. Renata went on to read that women in Brazil are at the greatest risk for violence in their own homes. These statistics hit home with Renata after an assault she experienced at home when she was 17.

“My house got broken into, and I was made a hostage. It was horrible,” Renata described, “I developed panic syndrome, anxiety, depression. Pretty much you name it, I had it. I was terrified of being by myself. I couldn’t do anything.” Her family became her biggest support, and as a healing mechanism, she sheltered herself from any news regarding violence. So almost ten years after her assault, Renata started recognizing the brutality women were facing in her country.

“I felt some kind of gratitude for only experiencing one day of violence,” she said. “I can’t imagine having daily violence coming from the people that are meant to love and care for you the most. I felt like I had to be to these women what my family was to me.”

She continued her research and learned that most women stay in abusive relationships because they are financially dependant on their aggressors. With her current fashion and marketing skills that she was using in her career, Renata saw an opportunity to create an income for these women. Suddenly her worst experience connected her to a new passion, and Utopiar was born.

Utopiar is a sustainable fashion brand whose products are made by women who have been affected by domestic violence. These women are taught the Shibori tie-dye technique and use it to create unique scarves and handkerchiefs. Renata and her team train the women not only on the Shibori technique but they also support them to become microentrepreneurs and to feel confident in their actions.

“When women first come to us, they are embarrassed about everything they have experienced,” Renata explained. “Many feel like they did something to deserve their abuse because they’ve been told that they are useless for so long. So it’s when they begin to realize that they can create beautiful things that people will pay for; that is when everything changes. That is when they start to feel that they can move on, and most importantly: deserve to move on.” 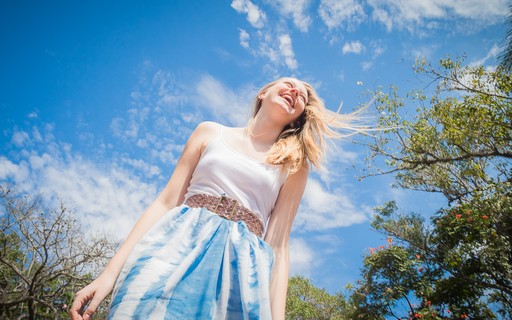 Utopiar is designed to not only create an income for these women but also help them gain the confidence that they lose after years of abuse. The beauty in the act of tie-dying is you cannot fail. “We’ve developed the project so all we need to do is tell them where to fold 5 cm. If they fold 4 or 6 cm that is okay because all the pieces will be unique.” This encourages the women to work without fear of mistakes, because no matter the mistake they may make it will always look good. “Many of these women are very depressed and suicidal,” Renata explains. “So by working with Utopiar, they occupy their hearts, mind, and time. It makes it easier for them to heal.”

With help from Yunus&Youth, Renata has gained the confidence to build her team and grow her brand. She recently hired a fashion design intern and a digital marketer. The Yunus&Youth mentors are helping her align her goals, and Renata hopes to begin looking into investment opportunities. Utopiar sells clothing on their e-commerce website, https://www.utopiar.com.br/, and in markets and fairs within San Paulo. Recently, Utopiar has worked with corporations, like Avon, creating custom designs and Renata hopes to continue to work with more brands in the future.

“It’s funny because somehow the worst thing that has happened to me, which was the assault in my house, suddenly became the best one because it connected me to something truly meaningful.”