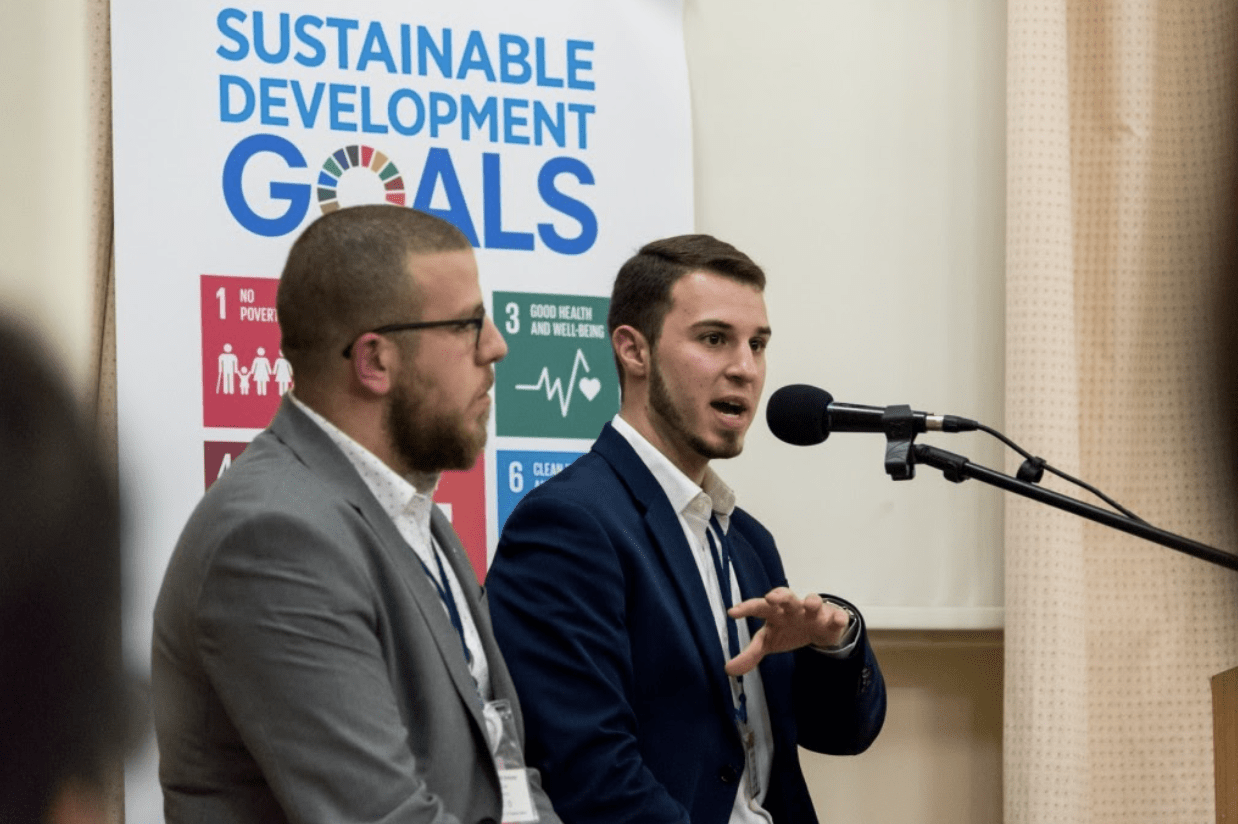 How about helping to promote peace in a country with war history while developing the start-up ecosystem? That was Steven Stavrou and his co-founder Burak Doluay’s idea.

Steven has a strong connection with Cyprus, an island divided for over 45 years. Part of his family still lives there and he visits the country often, maintaining the connection with his roots. Born in NYC and son of a Cypriot father (who immigrated to the US) and a Greek-American mother, the 28-year-old entrepreneur has a passion for the use of technology to solve large, complex, and global challenges. He holds a pre-med and biology major degree from Binghamton University and completed his MBA program at Babson College with a scholarship, transitioning from the medical field to the entrepreneurial field.

Steven wants to change the reality of an island still divided. During the country’s financial crisis in 2013, he went to Cyprus for 4 months and could see the failing economy firsthand, including the collapse of small businesses and rising unemployment, especially amongst youth. His idea to start a social business came from one question: “What can we do to help revive the economy?”  Steven realized that the division of the island would always hold them back and limit their potential as a country, despite economic conditions. He started to think about what could bring the economy back and his idea was that a unified entrepreneurial community could revive the economy and help create jobs across the country.

Steven believes that entrepreneurship is also an instrumental peace-building mechanism, so their mission is to connect and lift Cyprus through entrepreneurship and innovation, and to further engage peacefully both north and south communities. He found his co-founder, Burak Doluay, on Google when trying to find a startup ecosystem in the north of the country. They had both been working on a similar idea and had a strong shared vision.  The partnership was natural and meant to be. They have been working together ever since.  They only met in person about 3 months after connecting online at a networking event they both hosted in the UN Buffer Zone of Cyprus after their website had already reached more subscribers than they had imagined. They work really well together, splitting their work by skillset and competencies, not titles.

Steven and Burak are co-founders and co-directors of CyprusInno, sharing the power and building cooperatively between north and south as a model for how the island can be governed by both a Greek- and Turkish- Cypriot population, and to furthermore prove that they can do it in a business and be the model for the political level. Today, they are not only business partners, but best friends. Burak does graphic and design work and is responsible for partnerships, meetings, education, and training. Steven handles the digital platform, marketing, fundraising, and proposals. So far, they’ve agreed on everything for the strategy of the company but, after collaborating for 3 years, they are working hard to expand the core team to listen to different and more challenging ideas.

Together, Burak and Steven created CyprusInno, the first and largest inter-communal platform connecting Cypriot entrepreneurs and startups island-wide and promoting peace in Cyprus. CyprusInno is a digital and live events platform offering Cypriot entrepreneurs the chance to connect with like-minded innovators island-wide.  The venture empowers entrepreneurs, giving them greater access to co-founders, employees, advisors, and investors. Users meet regularly, and the platform organizes training, workshops, business mixers, and mentorship programs. The organization uses a portfolio of digital tools and live events to help Cypriots build sustainable businesses. As a byproduct of this ecosystem, they help build sustainable peace. The mission of CyprusInno is to provide all tools that Cypriot entrepreneurs need to create their sustainable business and at the same time cooperate and build a more sustainable social and economic future for the island.

Steven did not start as a social entrepreneur, but his mindset changed during his MBA: “Nothing is worth doing unless it has a true social impact and makes a positive change in the world. Our purpose is to give what we can to make the world a better place before we leave it.” His experience has been up and down, failures and successes, but the journey is totally worth it. The most rewarding thing Steven believes he personally got from their initiative was the opportunity to meet more Turkish-Cypriots and discover that Cypriots across the island have a common identity and culture despite the historical and geographical differences and divisions. “Through this experience, I have truly understood what it means to be Cypriot.”  In the north of the country, they speak Turkish-Cypriot and in the South, they speak Greek-Cypriot.  Both are dialects, but most of the population has some level of English language proficiency. There are challenges sometimes working together because of language, but there are initiatives working to tackle this.

It is very hard for the community on the ground to stay motivated and hopeful, as there is not much hope on the political level, but Steven said that the future vision of what they want to build is what keeps them committed and inspired to continue the venture when things become hard. Despite the political problem with no real signs of negotiation, “if we unite on the ground and bring people together through business, we can achieve cooperation on a community level and build a sustainable future.” They have 2 main visions: i) To make the model successful in Cyprus to bring people together and replicate it in other post-conflict regions around the world by connecting entrepreneurs. ii) To unite Cyprus via business and be the model of a future state for stability, prosperity, and peace. “Entrepreneurs find solutions where politicians stop at a roadblock.”

CyprusInno hosts the largest database of start-ups and related services in the country. They ultimately hope to achieve with their social business to be a model for the region with regards to stability and prosperity. The goal of CyprusInno is to reach 1,000,000 euros in economic value created through island-wide partnerships established in their network in the next 2 years. 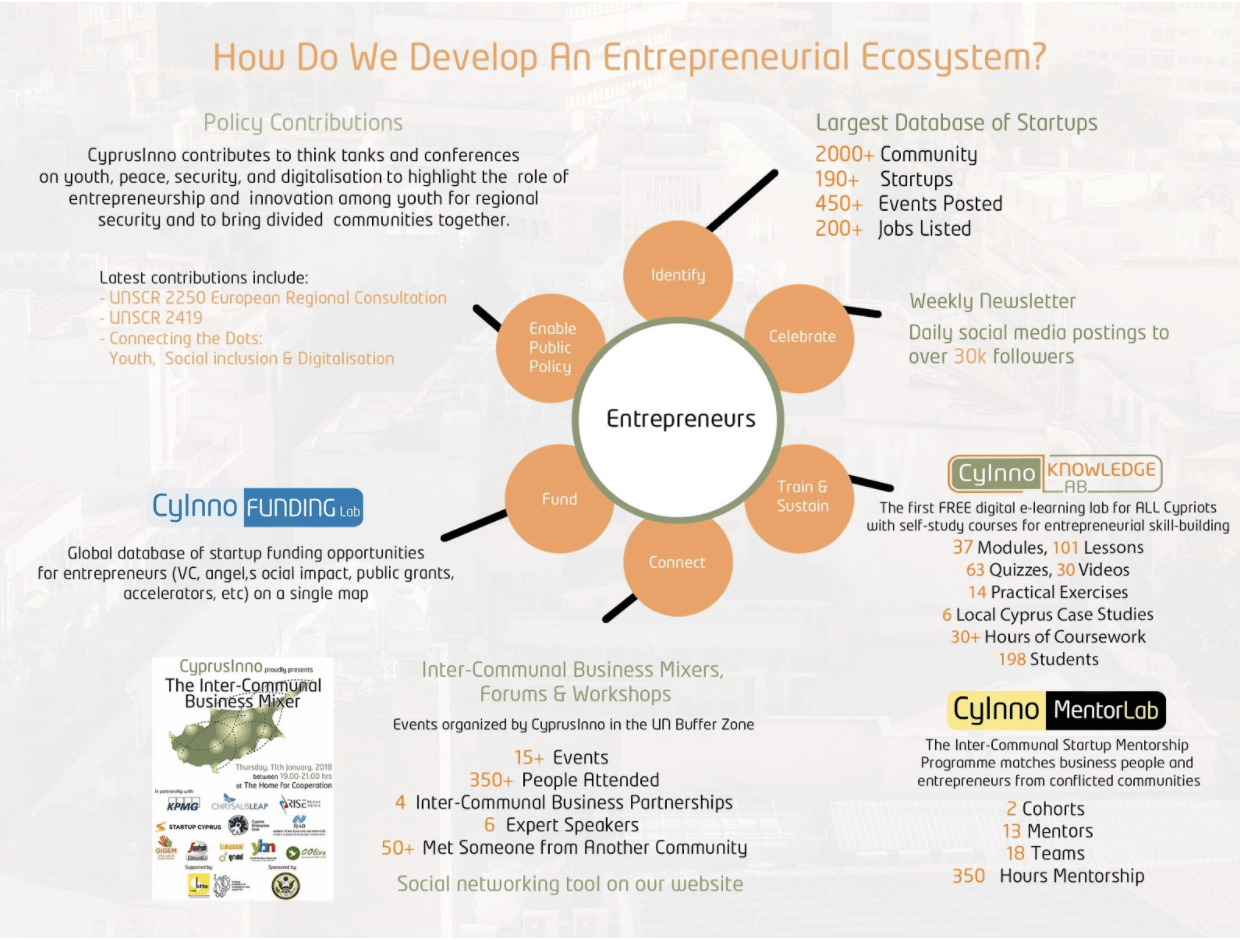 While they are one of the only and largest initiatives in the intercommunal startup space, CyprusInno has over 40 partner organizations ranging from governments, NGOs, accelerators and incubators, academia, private corporations, youth organizations, investors, and more that they bring together to work and reach the same goal. CyprusInno has an extreme focus on intercommunal entrepreneurship and tools to help on peacebuilding, such as training. Lots of next steps and future plans are coming.

During our interview, Steven gave some advice to other entrepreneurs as they start this journey: “Always have the vision in mind, keep your eyes in long term vision and don’t fall into distraction”. The most important lesson was to “start today! There is no need to wait, you will learn as you go. People have great ideas to make impact!”.

“My mentors at Y&Y are helping me identify sustainable revenue models for the organization. Social businesses struggle with sustainable revenues, and so thinking creatively about how to tackle this challenge is something my mentors are helping me with. To do this, they are helping me refine my pitch and my business plan. Sustainable growth also means growing our people. So, one thing we are focusing on is how to build a team. Having access to mentors that bring an outside perspective into your organization is really beneficial and refreshing. Also going through the online modules helps us to think through our venture step by step. Overall, I think being accepted into and part of Y&Y brings credibility and validation to our idea and our work, as well as the impact we are achieving on the local level. So far through the program, we have come up with one or two really interesting revenue streams that could potentially transform the work we do and add great value to the local ecosystem we operate in.” 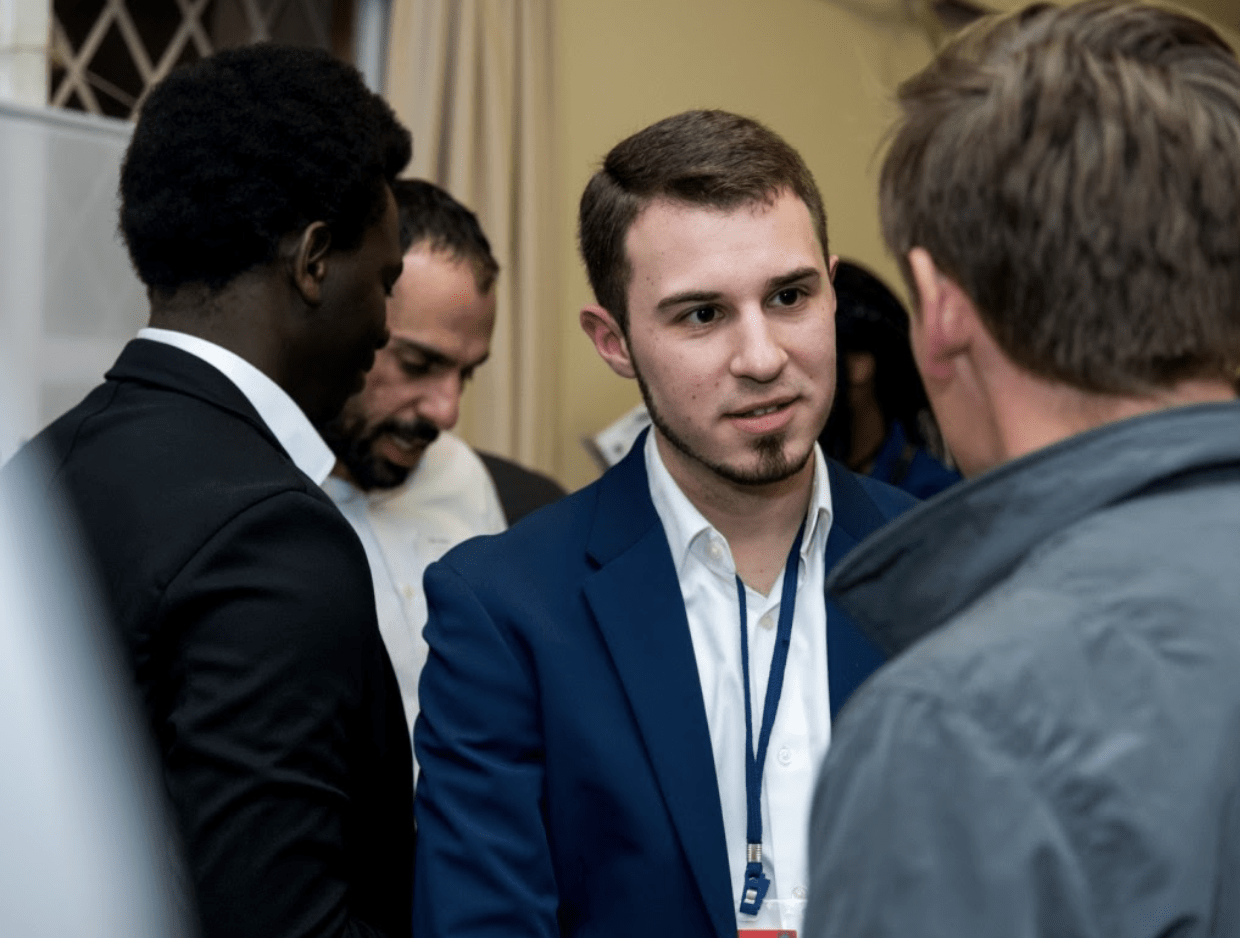